Saad is a Befriender with the Young Persons Befriending Service has been matched with his young person for 2 years. Here they are talking about how important it is for some boys and young men to have positive adult role models and how men are supported in this role.

You can find the full transcript of the video here:

Saad: What attracted me to befriending was mostly just having the opportunity to connect with someone. So, with Kieran, like, the moment we met I brought in some blu-tack ‘cause Derek had told me that he likes blu-tack. And actually, we still use blu-tack even like two years later.

Saad: It’s amazing, like every time we meet it’s just so much fun and I just get so much from it, so. What I enjoy most about befriending is probably just hanging out with Kieran. We just get to talk about lots of different things. Kieran’s so imaginative, like his imagination is amazing! He’ll just tell me about whole worlds he’s created in so much detail and information. We’ll get to like, do little concept designs and art and all sorts of interesting things. We get to do lots of like, other fun things as well like… was it “Laser Tag”? Is that what it’s called? Yeah? We did Laser Tag and like mini golf and we’re thinking about going to Sky Park potentially this month so that’s going to be interesting even though we’re both pretty scared of heights!

He’ll push me as well, so for example when we were doing Laser Tag, afterwards we went on a metal slide and it was really high! It was going to the roof! And he kind of was like “Okay, let’s just keep going further, and keep going further.” My legs are shaking and he’s just like “You can do it!” And then like, I was in the sack… he was like, “You have to go first.” And then he pushed me. And I was just like, screaming and I went down… it was so much fun! I would never have done that by myself. Kieran will like, encourage me to do these things. I hope I encourage him to do things as well, which are out of his comfort zone.

Before like, I’d met Kieran, like when I was training and stuff… I was like worried, what would like, happen if the person I was with got like, anxious, or if they like ran away from me or something like that… what would I have to do? But like, during the training we were told how to do that. But with Kieran, nothing like that’s ever happened. We’re just so sort of in line and in tune with each other that, you know… he hasn’t run away from me yet. Not just yet! So yeah, little fears like that.

So, the Foundation Training prepared me… I think we had like about six or seven sessions. Each session was quite interesting and it was always about listening. What it taught me was just to always be open and like listen and just like, go with the flow and not be too rigid about what my preconceived notions are about anything. So every time we meet, I just go in with an open mind and then just take it as it comes. So I think I’ve found that really helpful.

I get quite a lot of support as a volunteer, like Derek, who is the person I’ve worked with, since the start… he’s always there, always available. If I have like, any, like issues or any questions he’s always there to answer. Really helpful, yeah, really supportive. So I’ve felt supported, yeah.

Kieran: I enjoy just seeing a new face ‘cause I’m always around the same people especially ‘cause of Corona… like, all the time. So, seeing Saad, it’s just brilliant because the people that I talk to as well, they don’t ask me about the things that I like or anything, but when I’m with Saad, he listens. He actually cares about what I’m… what I like doing. For example, with blu-tack or making things and characters, but with other people that’s just non-existent really.

So… what I enjoy most about Saad is Saad as a person, like he is amazing. He’s just really easy to talk to and I can kind of relate with him as well. My favourite thing… probably doing the laser station thing… like the Laser Tag… I loved that a lot. It also showed me as well that I can be like, I am quite good at that.

Saad: I mean, every time. [laughs] You just destroyed me! So yeah, maybe eight times? Nine times? I think, yeah. And I was trying! I was properly trying. Like, too much, to be honest. Like at one point, I hit a wall and like, my glasses came off and still, Kieran was just destroying me.

Saad: I think it’s honestly like, been one of the best things I’ve ever done in my life. It’s so rewarding. It opens you up, like emotionally, as a person, and I would say even like intellectually and spiritually as a person. I think I get way more from seeing Kieran than he does from seeing me. I think so!

Like no matter what day I’ve had at work or whatever’s happened, like I’m always buzzing. And that always happens. And I think it’s just… it’s one of the best things you could do. It’s amazing. So I would highly recommend it, yeah.

If you would like to befriend with YPBS, get in touch at befriending@volunteerglasgow.org

and have a look at our webpage, www.volunteerglasgow.org/ypbs 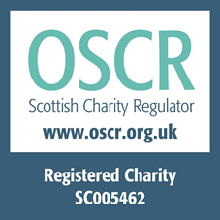